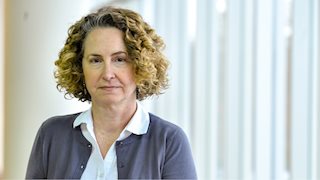 West Virginia state officials announced on Thursday that they estimate a slight decline in drug overdose deaths from 2017 to 2018.

Robin Pollini, associate professor in WVU’s School of Public Health and School of Medicine, said that the decline in deaths is likely due to multiple things, including access to Naloxone. Congressional funding has also helped increased access to medication-assisted treatment in the state, and opioid lawsuit settlement funding has helped increase the number of the treatment beds.