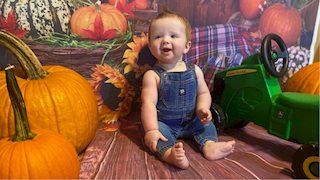 MORGANTOWN, W.Va. – The care team at WVU Medicine Berkeley Medical Center in Martinsburg kept a close eye on Neil Lukehart when he was born on April 11, 2021.

At first, the staff was simply taking precautions. Neil’s mom, Kirstian, had preeclampsia, a dangerous pregnancy complication. To reduce risks to both mother and child, Neil was delivered via C-section about a week before his due date.

However, it quickly became apparent that Neil’s health was in danger. Every time he tried to breastfeed, he started choking and appeared to stop breathing.

Doctors transferred Neil to WVU Medicine Children’s in Morgantown, home to West Virginia’s first and only level IV Neonatal Intensive Care Unit (NICU). That’s where he was diagnosed with a life-threatening birth defect called an isolated tracheoesophageal fistula, or TEF.

Today, after undergoing surgery to repair the TEF, Neil is strong and healthy — and keeping his mom on her toes.

Babies born with a TEF have an abnormal passageway connecting their trachea (airway) to their esophagus. When liquids such as breastmilk, formula, or saliva pass from the throat to the esophagus, they also enter the airway — and in serious cases, end up in the lungs. Fluid in the airway triggers coughing or choking, can interfere with oxygen levels, and may cause serious lung infections.

To say Neil’s symptoms were frightening is an understatement. And because his caregivers didn’t immediately know what was wrong, the situation felt even more overwhelming.

“When the hospital’s pulmonologists and other specialists checked his breathing and other vitals, he was fine,” Neil’s grandmother, Clarissa Angelo, said. “But when Kirstian tried to nurse him, he choked and turned gray. He seemed to die in her arms.”

While Neil was put on a feeding tube and given IV nutrition, his caregivers continued investigating the source of his symptoms. Finally, after a series of sophisticated tests, including a contrast study and endoscopy, the team found its answer. Neal had an H-type TEF: a rare form of a rare defect that occurs only once in every 100,000 births.

Although this condition is serious, there was good news. Many children born with TEFs also have a birth defect called esophageal atresia, meaning the esophagus doesn’t connect to the stomach. Neil’s TEF was classified as isolated, meaning he didn’t have any other defects that could affect his long-term health.

“These defects are sometimes hard to diagnose,” Federico Seifarth, M.D., WVU Medicine Children’s surgeon in chief, said. “Not only are they quite rare, but they’re easy to miss in standard swallowing studies. Because some H-type fistulas are so fine, fluid does not leak from the esophagus into the airway with every swallow; we have to fill the esophagus with mild pressure during a contrast study. And sometimes, the openings of the fistula are as small as pinpoints.”

Fortunately, Dr. Seifarth has experience treating babies with H-type fistulas. Within 48 hours of confirming the size and location of the defect — and with the help of many other professionals, including pediatric anesthesiologists, radiologists, nurses, and specialized operating room technicians — Seifarth performed a complex surgical repair.

H-type fistulas are typically located near the collarbone, and Neil’s was no exception. His was high in the neck and surrounded by inflamed tissue, which made surgery challenging.

Thanks to his experience performing minimally invasive surgeries on tiny newborns, Seifarth didn’t have to make a major incision in Neil’s neck. Instead, he accessed Neil’s TEF through three tiny incisions in the chest, using surgical tools just 3 millimeters wide. This less invasive approach, called a thoracoscopy, reduced the risk of damage to important nerves and blood vessels, including one of the nerves responsible for the voice.

Soon after surgery, Neil was able to drink from a bottle. And on May 2, three weeks after his birth, he was able to go home. He also passed his early weight checks with flying colors, gaining a full pound in just one week.

After this type of surgery, there is a small risk of a recurrent fistula and scar tissue build-up. This can cause the esophagus to narrow, leading to swallowing problems. For this reason, Seifarth will evaluate Neil when he’s ready to transition to solid food and periodically throughout early childhood.

“As long as Neil doesn’t develop any scarring or narrowing in the first few years of life, his long-term prognosis is excellent,” he said.

A good outcome and a grateful family

Kirstian said even though it was hard not to feel scared during such a stressful experience, she saw that Neil’s caregivers would not give up until they found out how to help him. They also went to great lengths to support the family’s emotional wellbeing.

Clarissa said she’s been amazed by the follow-up care provided by Seifarth. He gave the family his cell phone number and texted them to see how Neil was doing after arriving home.

“I called Dr. Seifarth when it looked like Neil’s absorbable surgical sutures were inflamed, and I wasn’t sure what to do,” she said. “He coached me through the process of removing a suture myself, which saved us a trip to the doctor. It was like he made a virtual house call all the way from Morgantown. It’s obvious he loves his job and the children he cares for.” 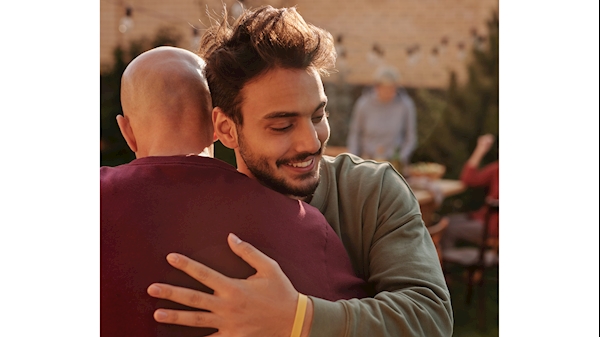 WVU in the News: How to Have a Safer Holiday Season