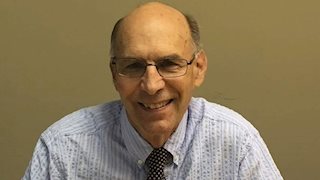 A consequence of social distancing is that many children and families are rediscovering the great outdoors. While it certainly appears that this is a smart way for families to have fun in the coronavirus era, it is worth knowing that a few cases of a mosquito-borne disease called La Crosse encephalitis are now appearing in children from central and Southern West Virginia. Jim McJunkin, MD, a pediatrician with WVU Pediatrics at Charleston Area Medical Center’s Women and Children’s Hospital, offers tips on how to reduce mosquito exposure while encouraging families to keep enjoying the beautiful outdoors of West Virginia.

La Crosse encephalitis (meaning “inflammation of the brain”) is caused by a virus and it spreads through the bite of infected mosquitoes. Children under the age of 15 are most at risk, but the disease rarely occurs in adults. While most people with Crosse infection don’t get sick, some may develop a mild illness with symptoms of headache, fever, nausea, vomiting, drowsiness, and confusion. In some severe cases, people may have seizures or go into a coma. La Crosse is rarely fatal, but children may have seizures or other problems after they get well.

The natural breeding sites of the “tree-hole mosquito” vector are the holes in hard-wood trees, but the mosquitoes especially like to breed in objects such as discarded tires that retain stagnant water. While it is true that children are at greater risk when they live or camp near the woods, perhaps an even greater risk is when they live on or near property where there are cans, bottles, tires, or other water-holding containers in the yard or near play areas.

Dr. McJunkin, whose research on La Crosse encephalitis was first published in the New England Journal of Medicine in 2001, said that it is typical in W. Va. for cases to first appear in early July and run through October. He notes that the incidence of the disease has been decreasing over the past decade in WV likely due to efforts of the State Health Department, along with the State REAP program. However this July there have been more than the expected number of cases for this time of year.

Dr. McJunkin said that there are many things that you can do around your home and neighborhood to protect your family’s risk of the disease. “A key to reducing the risk of mosquito-borne viruses is to remove standing water that is their breeding ground,” McJunkin said. “Getting rid of old tires and trash around your home, punching holes in the bottoms of trash barrels so they don’t hold water, cleaning and emptying water from flowerpots, birdbaths, swimming pool covers, buckets, and barrels at least once or twice a week will eliminate places for mosquitos to lay eggs.”

Another benefit of repellants, especially those containing DEET or picaridin, is that they will repel not only mosquitoes but ticks as well. This is important since Lyme disease is increasing in W. Va. and can occur in children from a young age.

As a general health reminder, children should be updated on their immunizations.

While the overall incidence of La Crosse encephalitis in W. Va. is somewhat higher than states that lack our well-forested environment, it is still quite low as compared to Coronovirus disease. Therefore Dr. McJunkin emphasizes that the benefits of our State’s wonderful outdoors are absolutely worth enjoying, and even more so in recent months, but he offers this information to help families to do so in the safest way for all concerned.